Sometimes we are overly focused on growing revenues, forgetting – or hoping – that profits will follow. Startups and VCs have perverted such thinking to new dimensions, resulting in bloated valuations with Lilliputian underlying securities.

There is a time and place when we should consider giving up a portion of our customers – fire or abandon them, if you'd like to be theatrical. That should be done ethically, and by delivering what has been promised or offering adequate restitution.

Let's consider following examples of when it would be smart to do so.

Savvy startups and corporate innovators develop their ideas by putting them in front of their potential customers as soon as possible, and then iterate based on what they learned.

Almost every market will be segmented across five groups identified by Everett Rogers in his Diffusion of Innovations: innovators, early adopters, early majority, later majority, and laggards.

In practice that means that those who identify as innovators and early adopters are most likely to be the first responders to new ideas. They'll be willing to try out new things that aren't as polished, and are willing to both spend money and provide their time and expertise.

But as the idea is developed, eventually becoming a mainstream product or service, that also means that demands of fringe customer groups will be less and less of a priority. Clear product vision should resolve any qualms with prioritisation issues.

Sticking with the vision

Sometimes people become customers just so they can raise their voice and attempt to influence further development of the product or service.

Remember that organisation owns the vision! Customers' feedback is extremely important, but that does not mean that whatever customer asks for immediately goes to the product backlog.

Basecamp, minimal project management software, is an example of B2C focused product that has remained true to their vision. They are fine with losing existing or future customers who do not agree with their product features.

Before agile movement popularised Kanban for knowledge work, Gantt charts used to be considered a must have in any project management software. Basecamp never had it, despite a number of vocal customers over two decades.

(How an Anti-Growth Mentality Helped Basecamp Grow to Over 2 Million Customers by Hiten Shah is a fascinating read.)

Such stance is equally important in the B2B sphere. Often smaller companies try to please bigger incumbents by modifying their products and services, hoping that will result in more business.

Sometimes it does, and sometimes it doesn't. In both cases, it leaves you with more technical and organisational debt, making both daily operations and future changes more expensive.

If there is a lack of product vision, than anything goes. And in case I was too subtle, whatever the customer likes is not a substitute for product vision.

The growth isn't there

When we talk about reducing risk with innovations, we usually talk about desirability – do they want it, feasibility – can we make it, and viability – should we make it.

Somehow last one gets overlooked. That is, until there is more funding needed.

There is no shame in abandoning a market segment that cannot be served profitably. In other words, there is no mandate for delivering products and services at financial loss.

That's why it's beneficial to experiment with viability as soon as it's viable.

Even though I most often speak of viability in terms of profitability, social enterprises should consider impact as well.

Ultimately, leaving customers behind should be grounded in organisation's strategy.

I'm considering running a free webinar series on the subject of corporate innovation. Write me at bruno@pesec.no to let me know what issues and topics you'd like to hear more about, and I'll make sure to cover it.

Bruno Unfiltered is a weekly newsletter bringing you Bruno's latest thoughts on contemporary topics in his signature style. No one and nothing is spared. 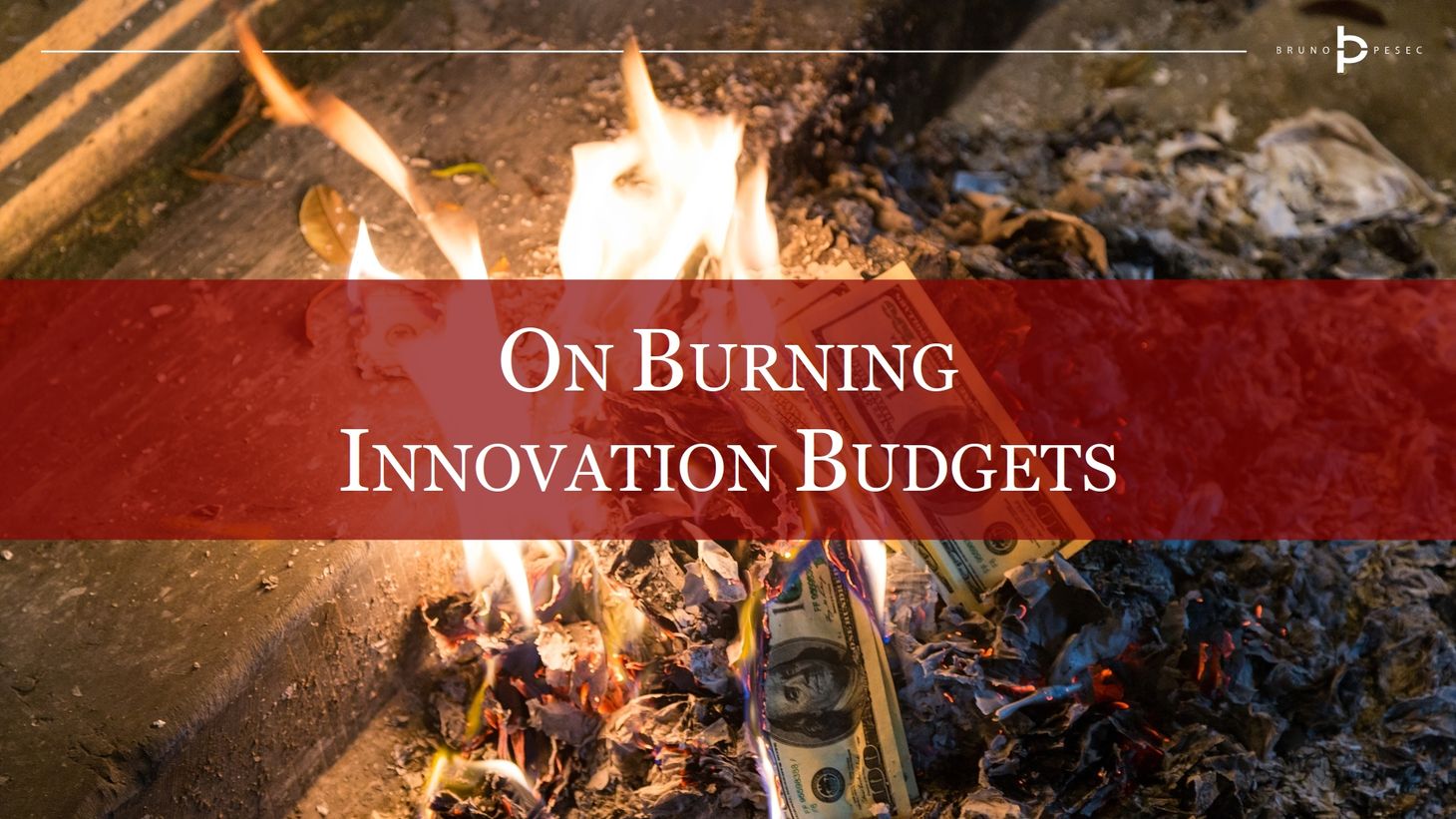 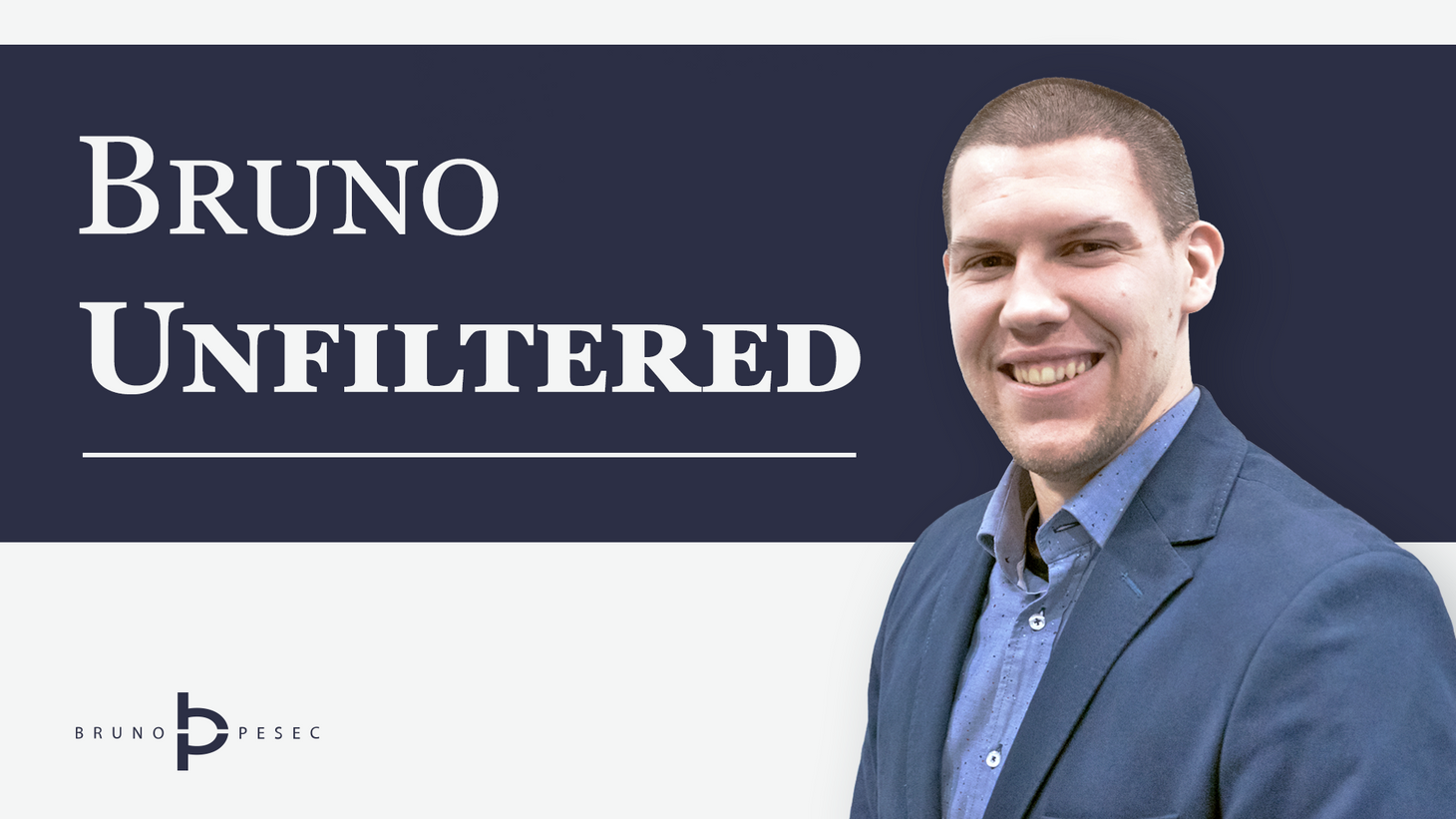